To appreciate this pervasive challenge, we need to take a quick look at the history of violence in the United States.

Truth to tell…there’s really nothing new about the concept of violence in our country…in many ways we were founded on the basis of rugged individualism, making justified violence part of our country’s foundation.

In the old west for example, the closest sheriff may have been 200 miles away, causing settlers to trust their six-shooter to protect their families and their homesteads.

During the great Depression…and prohibition, we saw violence in the form of bootlegging and organized crime.

And of course, we’ve always heard of violence in the more common targets, including places like: banks, liquor stores, and late night convenient establishments…these locations are often thought of as “soft targets.”

This type of violence, based in a need for power…or stealing the possessions of another, has been with us for decades.

But the shift to a more vicious and senseless form of violence has a more recent history. 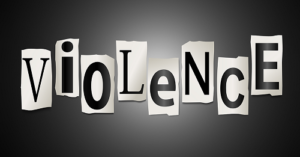 It was back in 1966 that we first saw an individual…Charles Whitman…climb a tower in Austin, Texas and proceed to kill 15 people and wound 31 others…the first real incident of Active Shooter, though the term didn’t exist in those days.

In 1966, Whitman was simply thought of as being mentally unstable.

In August of 1986 we saw our first example of workplace violence when a postal worker shot and killed a number of co-workers.

It was after this that the FBI and several other government agencies began tracking these types of incidents.

But it wasn’t until November of 2008 that we actually coined the phrase Active Shooter, when 10 armed assailants killed 166 people, including 17 police officers, in Mumbai, India.

This marked the beginning of the ongoing challenge we deal with today in our schools, work spaces and public gathering areas.

What defines an Active Shooter?

Homeland Security defines an Active Shooter as an individual, actively engaged in killing or attempting to kill, people in a confined and populated area.

While the most common weapon of choice is a firearm, most often in the form of an assault rifle. The media refers to every assault rifle as an AR-15, but that term really only applies to one weapon.

What’s most troubling about this phenomenon is the frequency with which we see these events nowadays; and yet…we don’t seem to make any discernable progress in either identifying the reasons for such violence, or developing answers as to how we might prevent these events.

Why the increase in incidents?

here’s why…at least in our opinion.

The reasons for these unthinkable acts are numerous and complex, but that doesn’t align with our society’s obsession with immediate gratification!

After every event, we get mired in discussions that are limited to the 2nd Amendment, or gun registrations…and more recently, mental health issues.

While these issues are certainly worthy of discussion, they don’t begin to address the complex issue of violence.

Rarely do we hear discussions on issues such as cultural acceptance or cultural sensitivity…and when I say that, I’m referring to global, organizational and personal cultural beliefs.

We don’t discussions about what role the deterioration of the family unit might play in these events…or a general decline is respect for others…and authority?

What about the increased focus on self we see these days…or the impact of social media?

Does the work of Merton in the late 1940 and 1950’s, followed by Robert Agnew’s work in the 1990’s, commonly referred to as GTS, or general strain theory, play a role?

What about the increase in access and ownership of weapons…or our focus on how we are different, as opposed to how we are all similar in many ways?

These societal issues must certainly play a role.

When we look at this issue through the organizational lens, we should question things like permissive organizational cultures…high demand-low control management styles…organizations that fail to value respect for others…or differences in general.

On a personal basis we have to consider the level of narcissism rampant in our society today…or a lack of EQ
As described by Goleman…perhaps it’s the victimization/retaliation syndrome we often see…or individuals being radicalized at a distance…again, due to an increase in social media.

In all likelihood…it’s a combination of all of these concepts coming together to form the perfect toxic cocktail that leads some to extreme acts of violence.

How do we solve the problem? 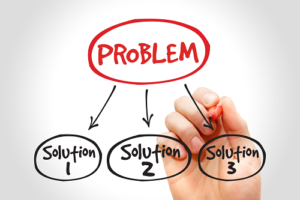 Assuming, for a moment, we’ve touched on some of the drivers of violence…how then do we go about solving the problem?

In the corporate world we use tools and strategies to solve for root cause…but we don’t see much of that when it comes to dealing with societal issues.

Most leaders will tell you it begins with getting the right people in the room. From there, it requires a shift from traditional thinking to lateral thinking…with a healthy dose of critical thinking as well.

The problem of course is that all of these tools and strategies come at a price…we have to be willing to devote the proper time for problem solving…devote and develop the budget required for this type of detailed work…approach this from a neutral and bi-partisan perspective…and be open minded enough to shelve our personal beliefs for a better solution, should one exist.

We have to transition away from looking for simple, or singular answers to complex problems.

In closing…I’m not suggesting that we here at RMA have the solution to this vexing and complex problem…but I do know this…it’s time for a paradigmatic shift in our thinking and problem solving skills.

If we restrict out thinking to politics, laws and mental health…we will also restrict ourselves from properly framing the problem and ultimately solving for root cause.

We’d love to hear what you think!

Send your thoughts, and requests for future topics to www.rmaprotect.com

Thank you for joining us today…

Please visit us on our podcast as we share thoughts on protecting organizations across the country and the globe!